Lucknow: Shia cleric and Imam-e-Zuma Maulana Kalbe Jawad has recently written a letter to Prime Minister Narendra Modi. In this letter he said, “the Indian forces against China are ready to die for Shia India in Leh, Ladakh and Kargil. ‘

He also assured the Prime Minister in his letter. He said, “not only Leh, Ladakh and Kargil, but Shia people from all over India are with their country to protect India’s borders. In addition, Maulana Jatad has also said, “Shia  would not be able to return to the sacrifice of his soul to protect the land of India. ‘

In addition, he said, “In the last days, the Chinese army in the Galwan Valley has frozen the response to what our soldiers had done with our soldiers and is ready to give even further. This is not the first time Imam-e-Zuma Maulana Kalbe Jatad has said something to the prime minister. He has been supporting the Prime Minister many times before and has said a lot. All of you will know that he is in the headlines for his frank statements. 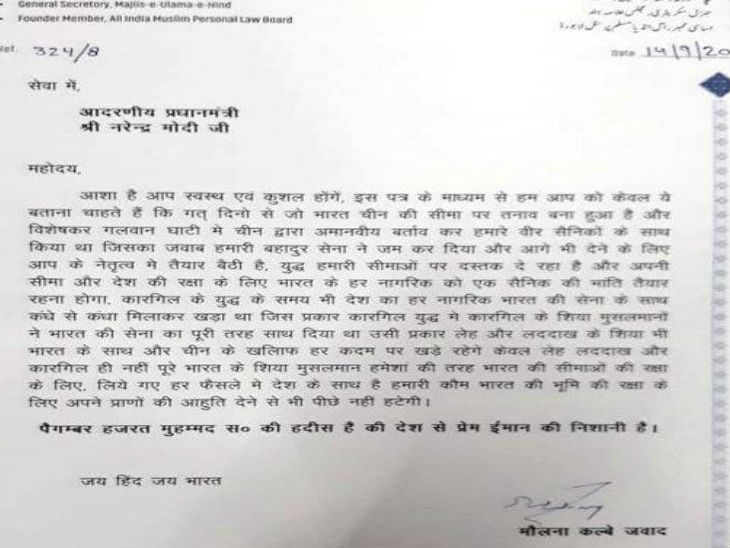 "How Can Our Heroes Be Mughals": Yogi Adityanath Renames Agra Museum